Understanding Context as a Critical Mandate

One of the fundamental values of the human-centered design (HCD) process is inclusion: the end-users or beneficiaries of a product or service are given a voice so that their wants, needs, and perceptions are taken into consideration. This allows for greater resonance of that product or service with its target audience initially, as well as lending credence to the notion that it will facilitate sustainability and impact in the long-term.

In order for HCD to be truly impactful, and by extension transformational, one should seek to engage with end-users in their context. Spending time getting a feel for the environment in which people live and work affords the opportunity to better frame the drivers behind perceptions and behaviors. This is particularly the case when applying the HCD process in the development space.

Quicksand works across emerging markets, though being based in India makes us uniquely positioned to speak to the development challenges in the country, as well as the value of taking a human-centered design approach to crafting interventions to address them. This is particularly true when one looks at one of India’s, and the world’s, most pressing challenges: the sanitation crisis.

To better understand the issues surrounding sanitation in India’s urban slums, and with a specific focus at community facilities, we spent a full year in cities across the country as part of the Potty Project, embedding ourselves in the communities, speaking with people about their experiences and perceptions, and documenting the existing services, if any, provided for people to answer “nature’s call”. Following this, we converted the insights gleaned from the experience into a holistically reimagined systemic intervention in our Project Sammaan initiative.

On the surface, Sammaan would appear to be a brick-and-mortar, infrastructural response to the sanitation crisis, but that would be a huge disservice to the initiative, the blood, sweat, and tears by the project team that went into making it a reality, and the absolutely instrumental support of community members in helping to develop the intervention. We conducted numerous workshops, home visits, and co-design sessions with those most at-risk and affected by the sanitation crisis in order to develop a sustainable counterpoint to the failed options currently employed in slum communities throughout the country. Anyone that followed the project closely will know that implementing this project was no easy task, and one that took years longer than planned: from the start of Potty Project to the commencement of construction of the first Sammaan facilities, Quicksand committed around 6 years of time into the initiatives.

In order for HCD to be truly impactful, and by extension transformational, one should seek to engage with end-users in their context.

Our experience and expertise in the sector has led to many organizations reaching out to us for advice and mentorship as they plan and kick off their own sanitation projects. It’s inspiring to see the number of people interested in working on creating a viable solution to the problem, humbling to be advisors in this capacity, and encouraging to see so much attention being paid to such a pressing, and deadly, problem. That said, it is also cause for concern that so many projects and interventions are being designed in a vacuum, far removed from India and without the requisite experience in, or even exposure to, the context in order to say with any degree of confidence that what is being proposed will have impact and is in line with the needs and wishes of the communities they are being created for.

At times this can manifest itself in seemingly minor ways that are easily overcome (e.g., including a western-style toilet in the designs for a facility) but other times this lack of contextual understanding can lead to a project being doomed before it even starts, or even lead to exacerbating the problems associated with the sanitation crisis. A few startling examples of the latter are a group proposing providing land for people to use for open-defecation since this “is what people there want anyways”, a group proposing the use of manual scavengers to empty toilets despite this being legally banned in 2013, and a proposal to raze whole swathes of slum communities in order to build a massive “sanitation center” that included amenities such as kitchens and even rooms for people to rent as living quarters.

Understanding a context requires a whole lot more than researching it at a distance and coming to terms with the tangible issues perpetuating a particular challenge or problem. As a foreigner, I came to India more than four years ago operating under the naivete that far too many people share that the key to solving India’s sanitation crisis is simply building more toilets (the age-old Field of Dreams fallacy of, “if you build it, [they] will come”). Even those that take things a step further and address issues such as scarcity of electricity and water, behavioral change considerations, and waste treatment constraints are often flabbergasted at their project’s failures, and are left scratching their heads wondering, “What went wrong?”.

More often than not, the issue lies in the pronoun in which a project is being designed for: rather than ask what are you working for, try who. An empathic approach provides the opportunity to reframe the challenge, any challenge, and look at it not through a technical lens, but a personal one. Engaging with people to understand the construct of their daily lives, and providing them a seat at the table, so to speak, in designing a solution to a problem or challenge that’s vexing them will help ensure that whatever intervention you’re creating has impact and value for the end-user or beneficiary. When done so for an issue as significant as the sanitation crisis, this could mean not only avoiding losing funds to failed projects, but lives as well.

An empathic approach provides the opportunity to reframe the challenge, any challenge, and look at it not through a technical lens, but a personal one. 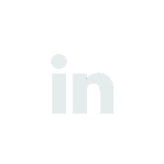