St+Art Mumbai 2017 Urban Art Festival aimed to reintroduce the citizens of Mumbai to one of its oldest hub of livelihood- the Sassoon Docks, Mumbai’s first wet dock. Along with several foreign and Indian artists, Quicksand was invited to create a site-specific public art installation inside a 142-year-old abandoned warehouse which was amidst one of the busiest fishing docks of Mumbai, situated at the tip of Colaba. The aim of the entire exhibit, was to showcase meaningful artistic expressions of the spirit of the city— entwined with the variety of activities situated in and around the dock.

The project was led by Quicksand, along with a multidisciplinary team that included a visual artist, concept artist, product designer, storyteller and programmer. A few visits were made to the Docks to understand the context and the physical installation space. These trips included interviews with the local fishing community - the Koli’s, who later became the core of the installation narrative.

The installation had many components that made it whole; including mechanical, written, and audiovisual. Within these, the team strove to create and conceptualise. Storytelling formed the heart of the process, and the starting point. To delineate the physical outcome of the concept, the story was key. Our story was around a future without manual fishing, and our protagonist was, the Last Fisherman of Bombay 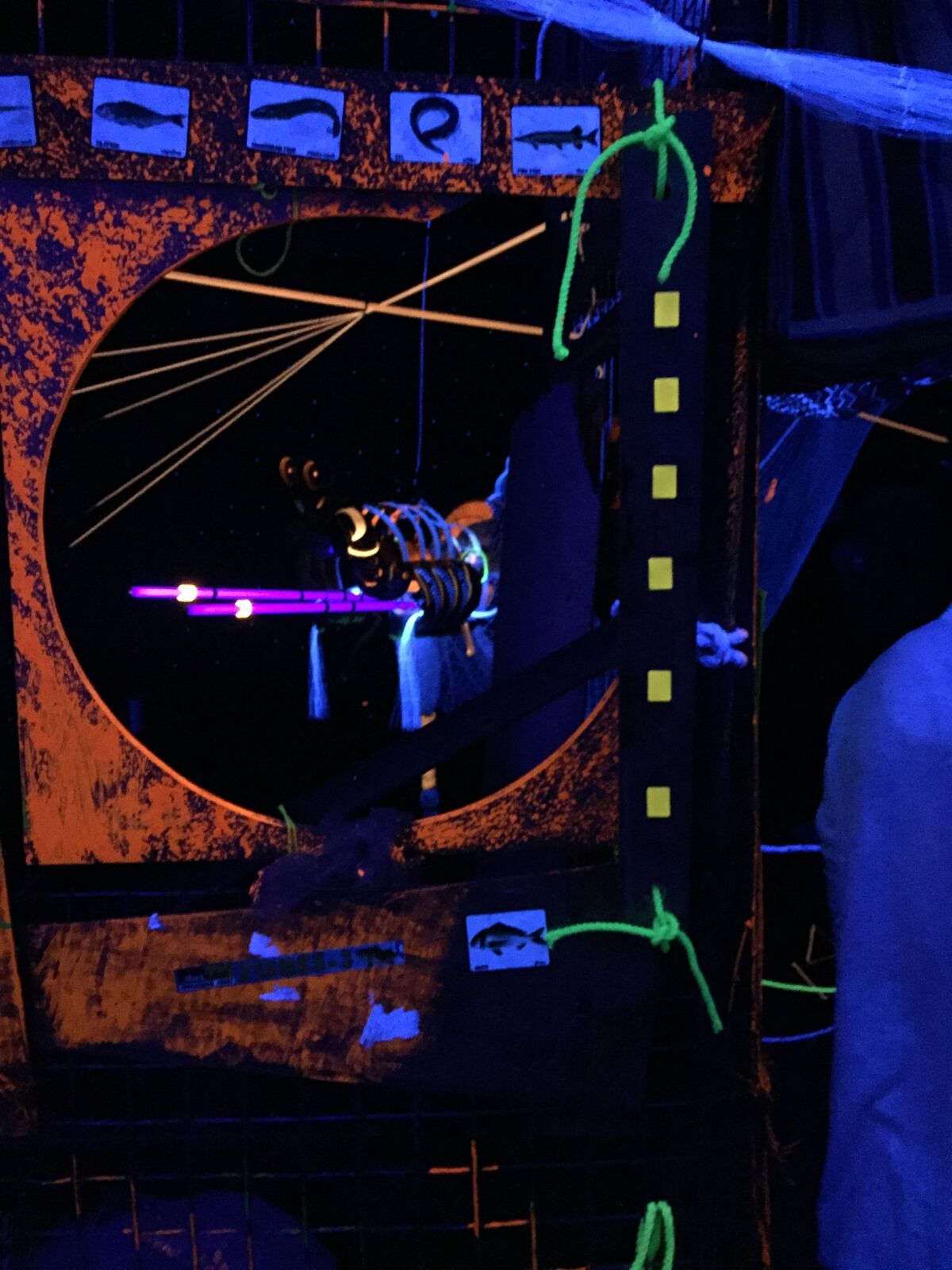 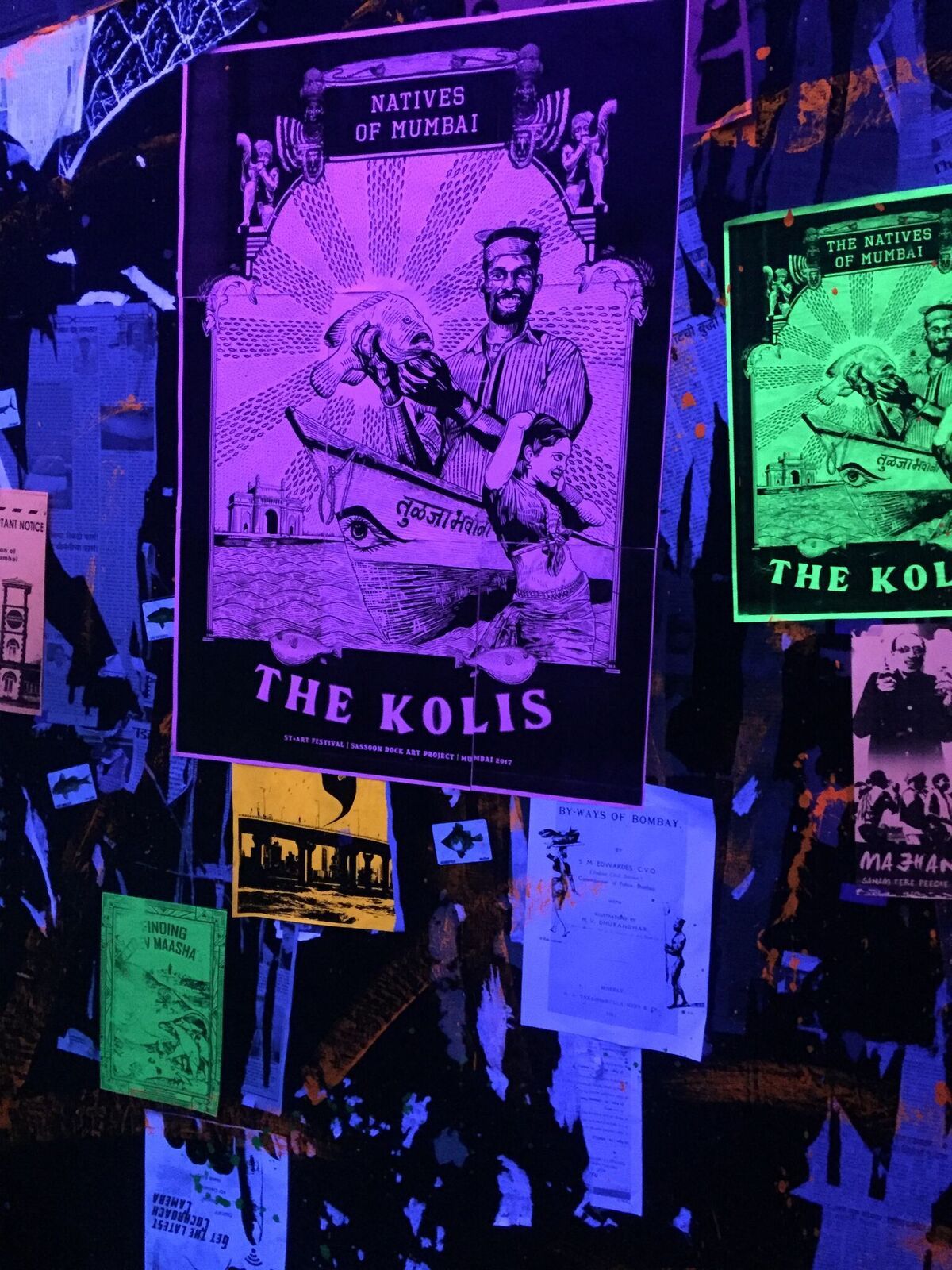 'The Last Fisherman of Bombay' concept was based around a dystopic future imagining of Mumbai with an automated fishing industry. The UV light installation room critiqued the rapid urbanisation of Mumbai, and interpreted a radioactive wasteland that Mumbai may become in the not too distant future. The installation was a submerged room of the last Fisherman of Bombay, looking out to an automated mechanical sculpture, inspired by a drone, on a fishing spree. A zine was also created for visitors to take away and mull over beyond the physical space of the installation. It contained speculative storytelling, from the point of view of the last ﬁsherman.

The St+Art Urban Art Festival for Sassoon Dock Art Project kickstarted on November 11 and ran until December 30, 2017. With its motto of ‘Art for All’, St+Art allowed free entry to the warehouse space, a chance for people to learn, observe and reflect inspired by the medium of art. It attracted an overwhelming footfall of thousands of people, including members of the local fishing community.