We were approached with the challenge of re-visioning the Spandana brand and articulating the new identity of the organization to all interested stakeholders. 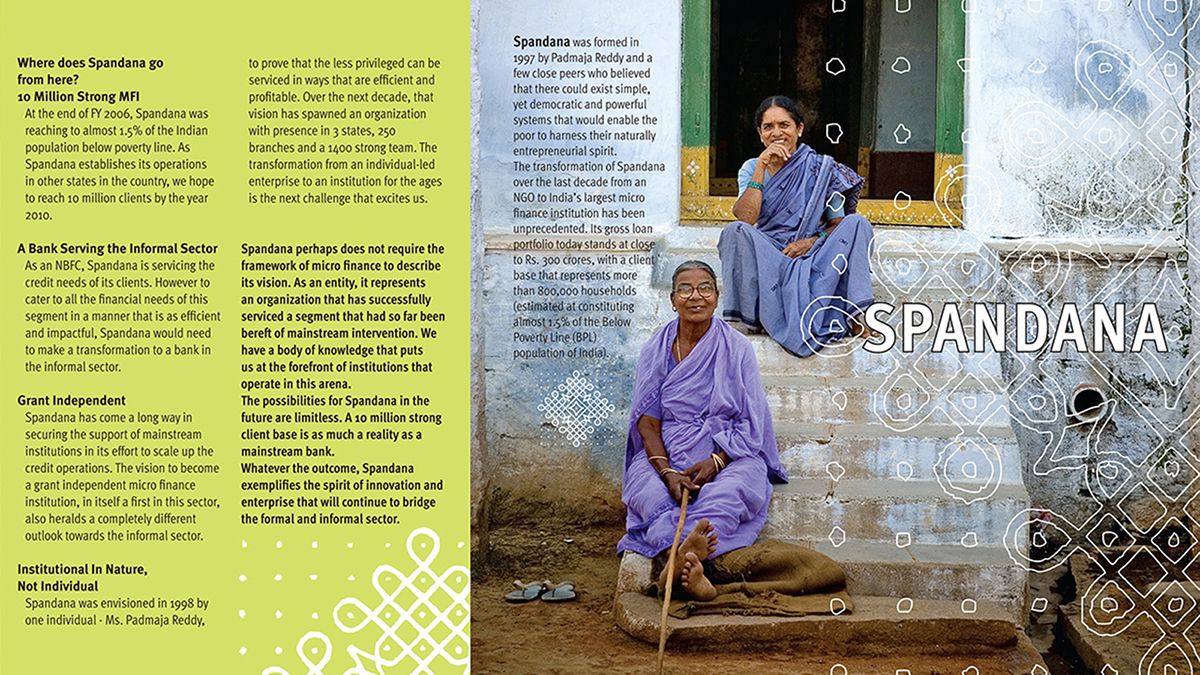 It involved, foremost, for the design team to understand the brand and all interfaces that it had with its customers. The attempt was also to uncover stories that would be inspirational and become the guiding beacon for designing the new face of the organisation.

Quicksand embarked on a design research exercise that involved:

extensive film & photographic documentation of the people, processes and places touched by Spandana

The ensuing design exercise resulted in a new identity, a film and a manifesto for the brand that was unveiled at the largest MFI summit held annually in Canada. Spandana was subsequently also co-invested in by Lok Capital (a micro finance focussed equity fund) & JM Financial.

Click on images below to preview the film & manifesto designed. You may also download the manifesto by clicking here.

The manifesto was printed on recycled paper symbolic of an inspirational story of the founder of Spandana selling discarded newspapers to raise the first corpus of fund for lending. The film was shot at different centers of Spandana while living with the customers & documenting their lives as narrated by them.