With the spread of the Internet and smartphones globally, the term smart-city is becoming more common, and citizen engagement and control with their immediate environments are an integral part of modern democracy. As AECOM set about its work on articulating a vision for Vizag’s Smart City initiative, they engaged with Quicksand to help ensure Vizag’s citizenry was aware of the coming changes and empowered to have a voice in the process.

Critical questions were considered: How can smart cities be citizen-centred? How do we give citizens more control of their immediate environments? Can citizens be engaged in the shaping of their cities? What if new public services are made available through a city portal? What if data is made available by the city to innovate new services? What if a city could enable responsive grievance redressal? How would I, as a citizen, engage with my smart city?

Through a series of comics and other visual collateral which citizens could use to represent their involvement and an engagement campaign through SMS, we created a public participation portal for the city of Vizag. AECOM and Quicksand designed a campaign to inform the people of its vision and to engage with them to draw it out further (e.g., Vizag in 2030). The stories have taken form in five comics that have the potential to be worked into radio shows in the future.

Taking inspiration from the city’s people, Quicksand created a series of visual narratives relatable to real lives, echoing the voices, concerns and aspirations of Vizag’s people. The stories are set in 2025, and envision a Vizag of the future while introducing what life in a Smart City can look like. Visual narratives, we found, create both engagement and incentive, and they became an effective way to create and convey and compress technical information comprising AECOM's Smart City plans. 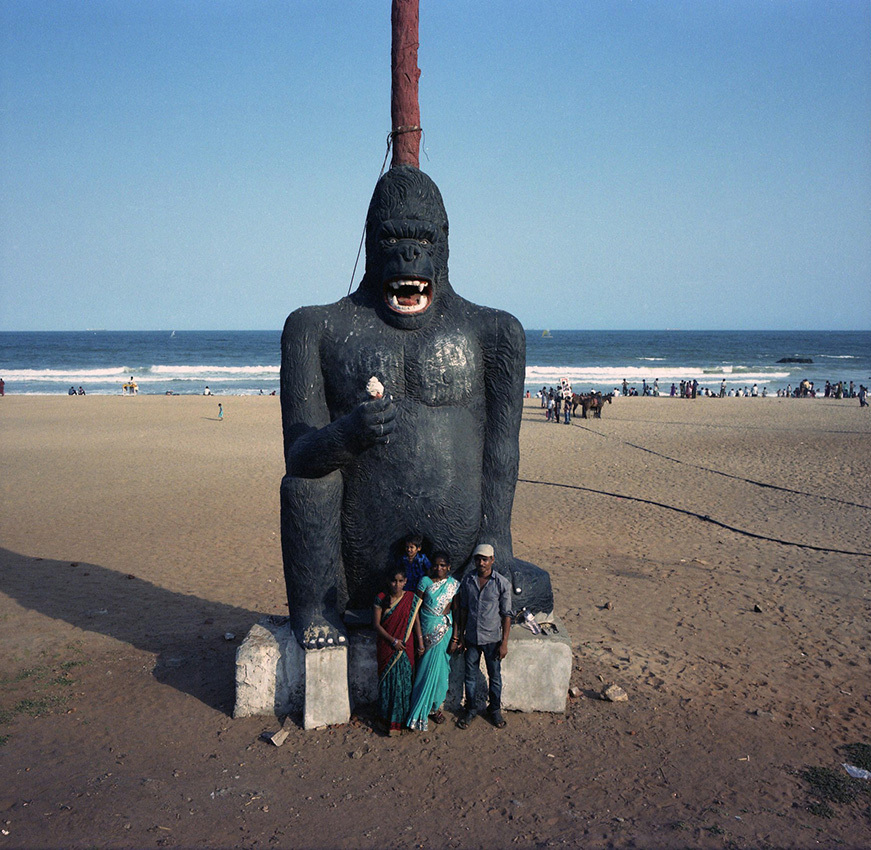 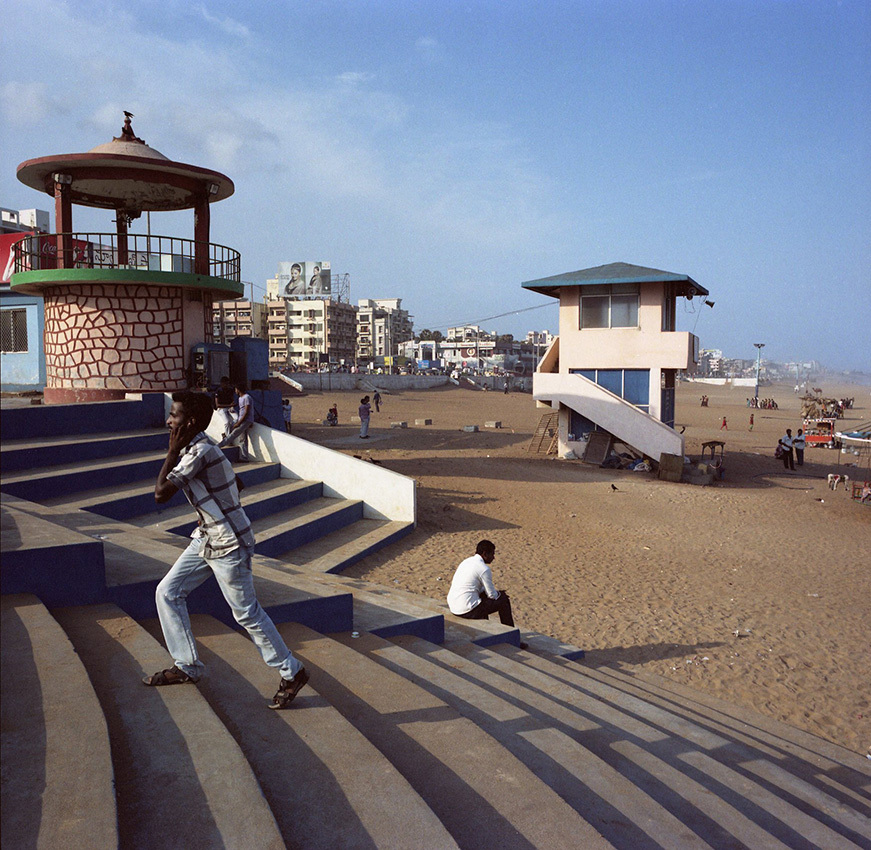 To execute the comic strips, five artists were commissioned to bring the scripts to life based on their own distinct styles. Local references, descriptions of city-life, and city-speak and slang were incorporated into these comics to keep authenticity. Through the setting of a family, and individual character, the comics create a voice for the citizens of the city. Each story explains in a simple way a particular detail of technical city planning called Verticals.

We included five smart city verticals — land use, water, Governance, mobility and energy — and through day-in-the-life scenarios and easy to swallow scenes, made these graspable elements of life in which a citizen would begin to think about. These stories though set in the future, refer to local landmarks, bringing the future into the present and accelerating the smart city in people’s minds.

It’s easy access in newspapers, and the distribution in both English and Telegu, made sure that citizens across classes would be alerted and involved, and a website shared the progress of the Smart City campaign. This can be used by others working on similar projects and aims to trigger empathetic and inclusive approaches to designing citizen outreach. 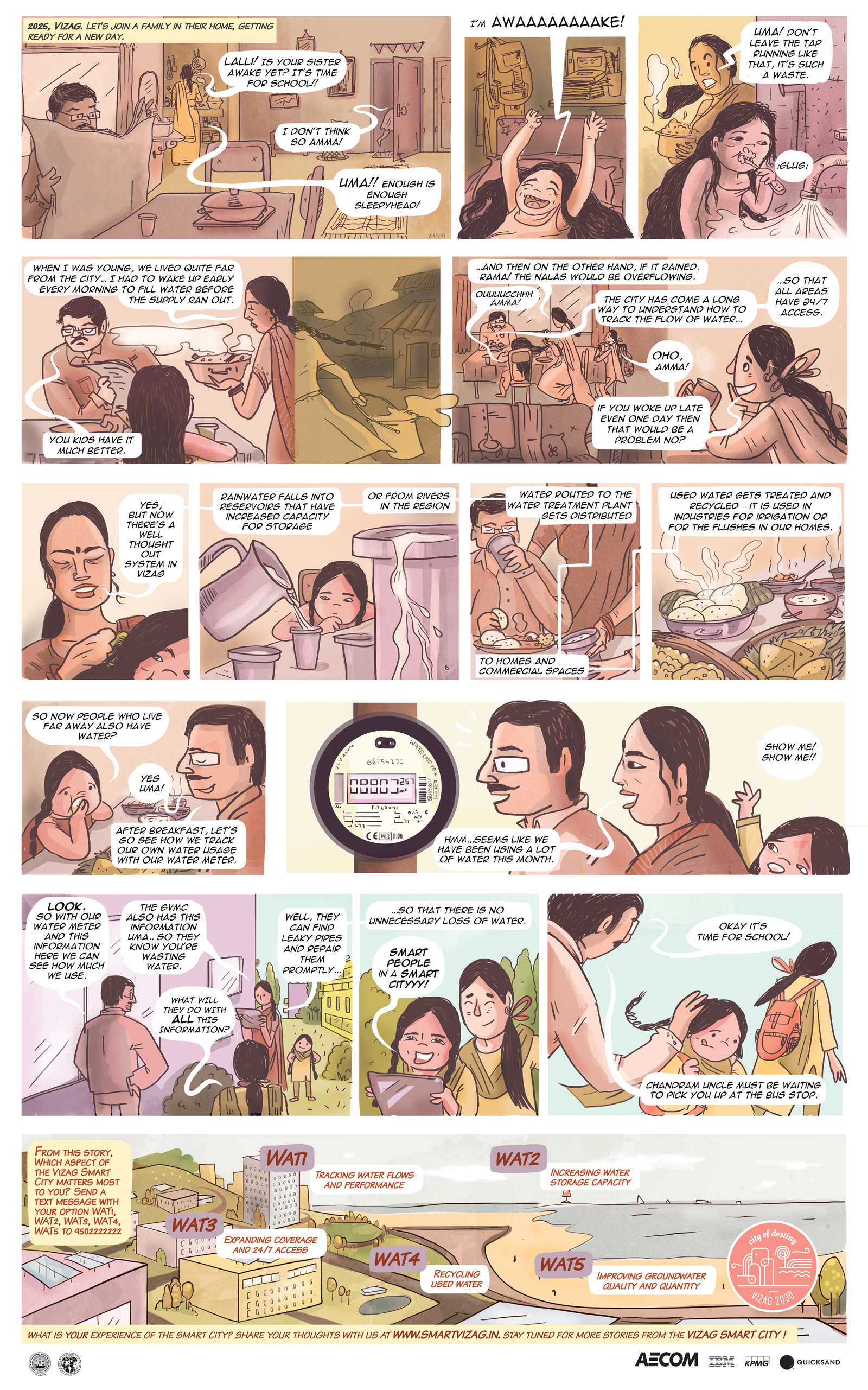 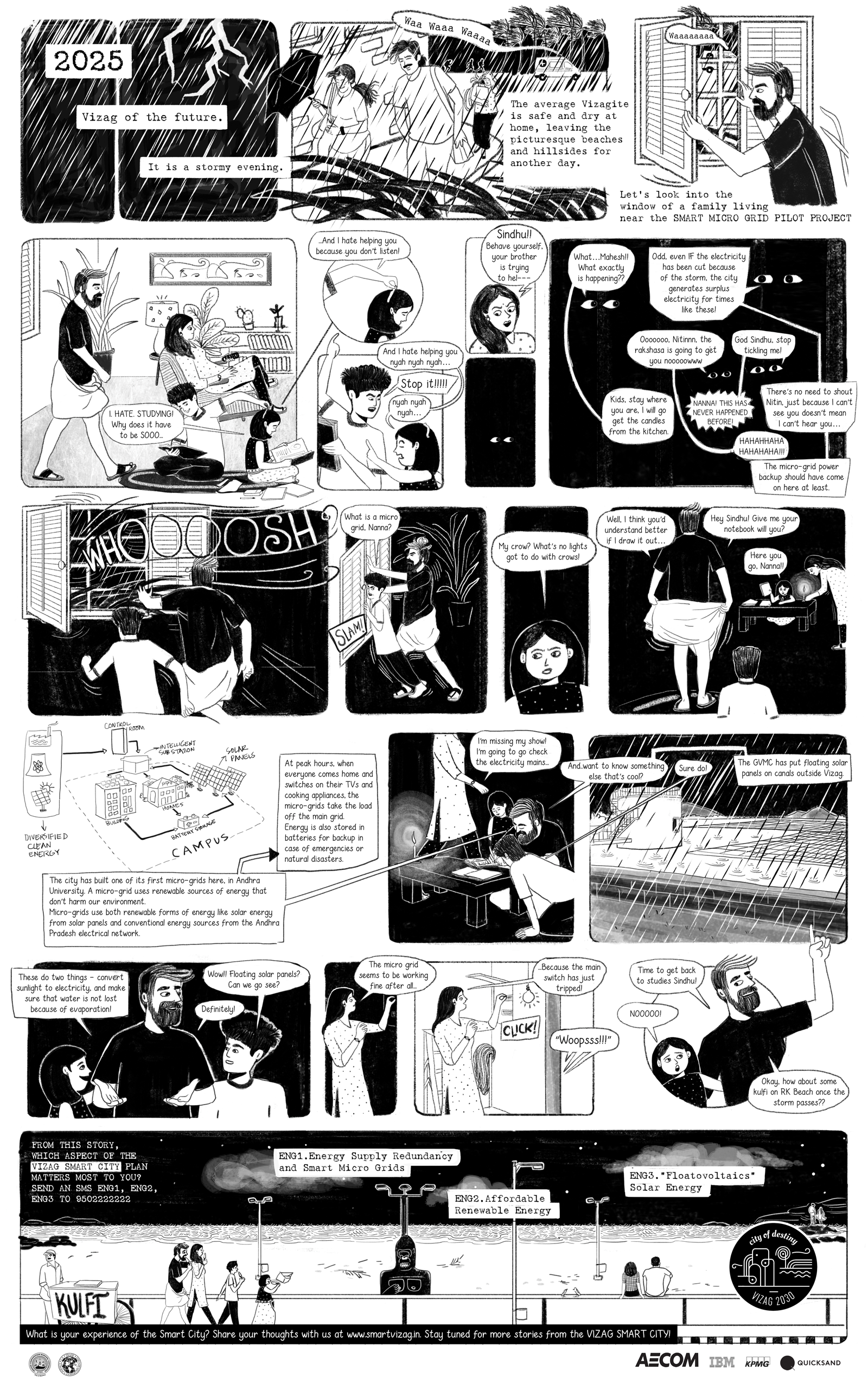